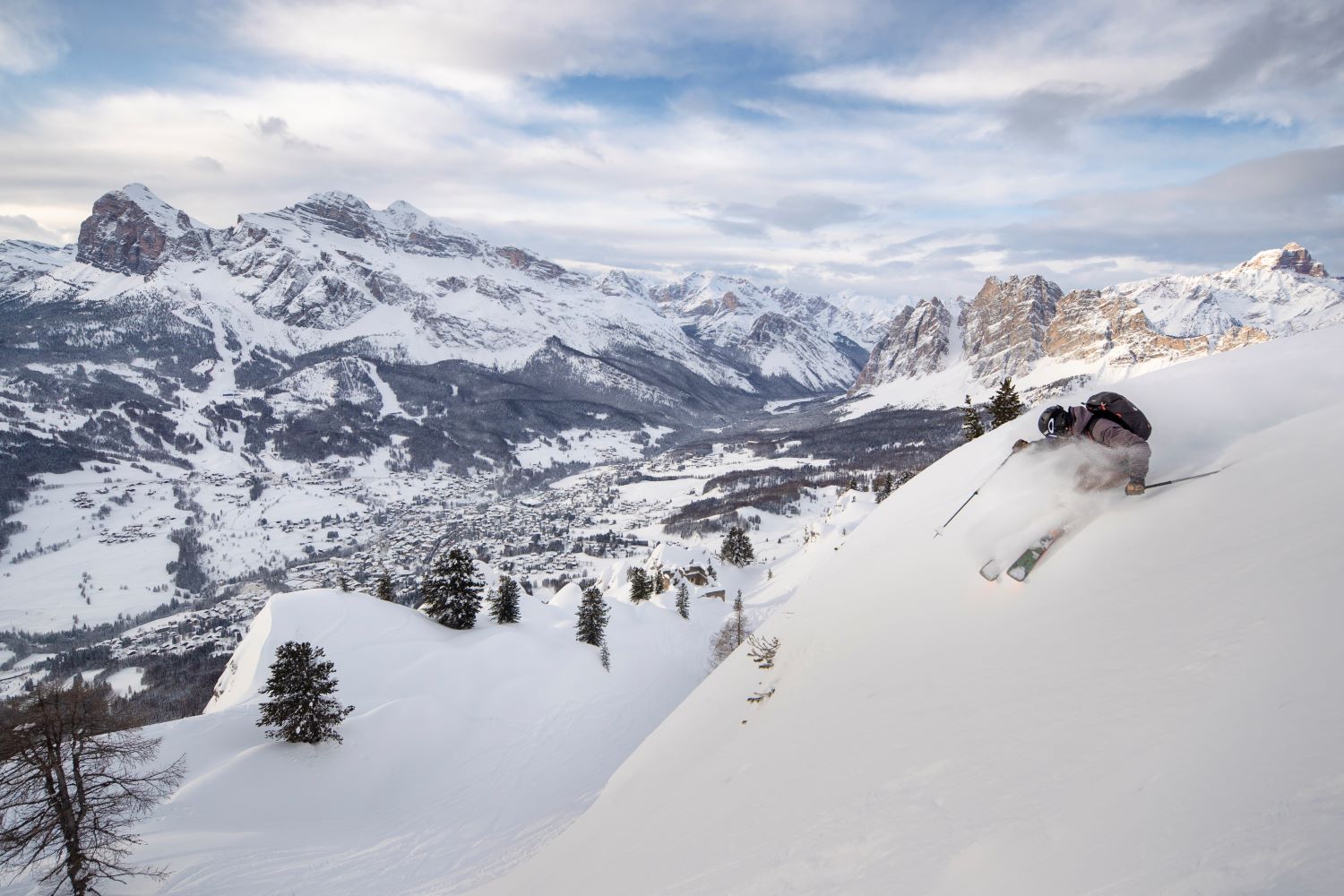 How to reach the starting point:

The Faloria cable car is reachable directly from the centre of Cortina d’Ampezzo, in a short walk from the bus station.

One of the most classical freerides in Cortina, surrounded by a fairytale-like panorama: the descent takes its name from the namesake ski club, one of the most famous in the history of Italian ski.

The tour starts from the top station of the Faloria cable car, from where you have to ski down along the slope slightly towards the left; you will reach an old construction, used in 1993 to film “Cliffhanger” with Sylvester Stallone. The initial part is a bit narrow; however, as you ski down the slope you will reach a larger plateau, which reveals many glimpses of the Ampezzo valley. There are many different couloirs used to approach this freeride, but the conditions of the snow cover are always to be evaluated. Once you have reached the wood, go right for the last steep section of the descent among the larches and you will arrive at the middle station of the cable car, which you can take to go up again and repeat the descent. If you continue past the middle station, you can reach the base station. Another possibility is to continue left on a beautiful slope and arrive near Baita Fraina  (where you can leave a second car or make it back by taxi).

Once considered a challenging freeride, nowadays it is a very popular tour, due to the possibility to go up rapidly by cable car.