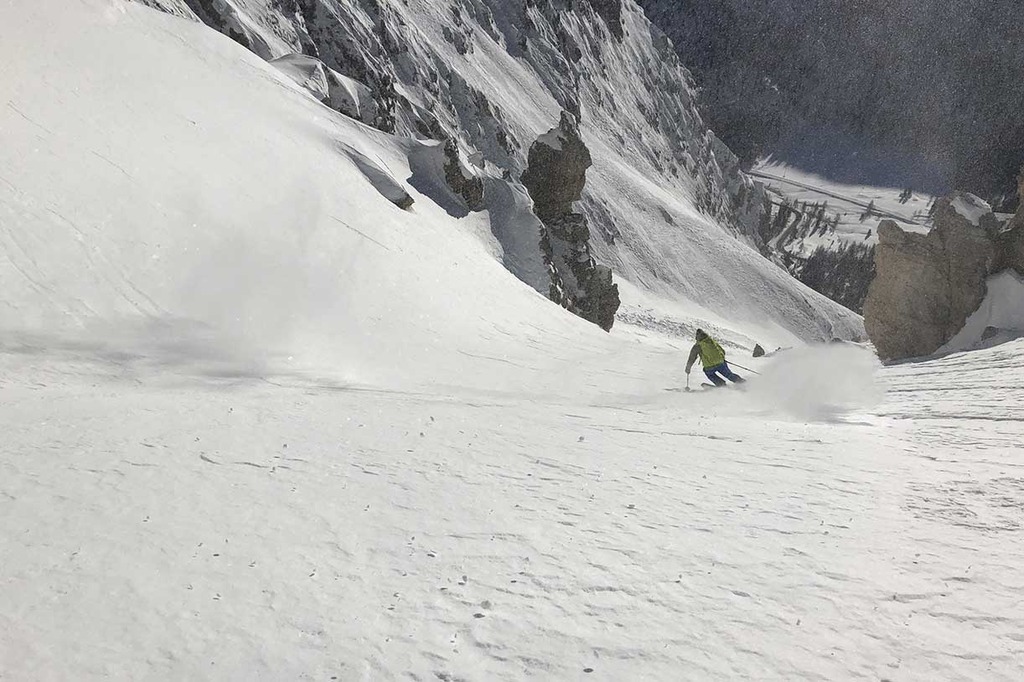 How to reach the starting point

A 850 meters long panoramic and moderately challenging freeride starting from Lagazuoi and going to Col dei Bos. Like all the mountains in this area, Col dei Bos was the theatre of bitter fighting between the Italian and Austro-Hungarian armies between 1915 and 1918.

The couloir takes its name from an old restaurant near the Falzarego Pass, run at the time by an old lady called by the locals "La Nonna", meaning “the grandma” (“ra Nona” in Ladin).

Take the Lagazuoi cable car to the arrival station at 2,800 meters. From here the descent begins, facing the majestic Tofana di Rozes, to your left the wild Travenanzes valley and to your right the Cinque Torri.

The first part is along the ski track, up to the big avalanche barriers. From here the off-piste starts, until the saddle Forcella Lagazuoi, then diagonally until the start of the couloir.

The first part of the descent is quite wide whereas from the middle onwards it gets narrower but not particularly steep (maximum gradient 37 º) nor technical. The descent, facing South, is very suggestive, framed by the walls and the spires of Mount Col dei Bos and the Falzarego Towers.

To return to Passo Falzarego you can take the ski lifts of Col Gallina or 5 Torri and reconnect to the parking area where the cable car is.

It is strongly recommended to be accompanied by mountain guides and to check snow and weather conditions before any excursion.

The time is for the entire itinerary.