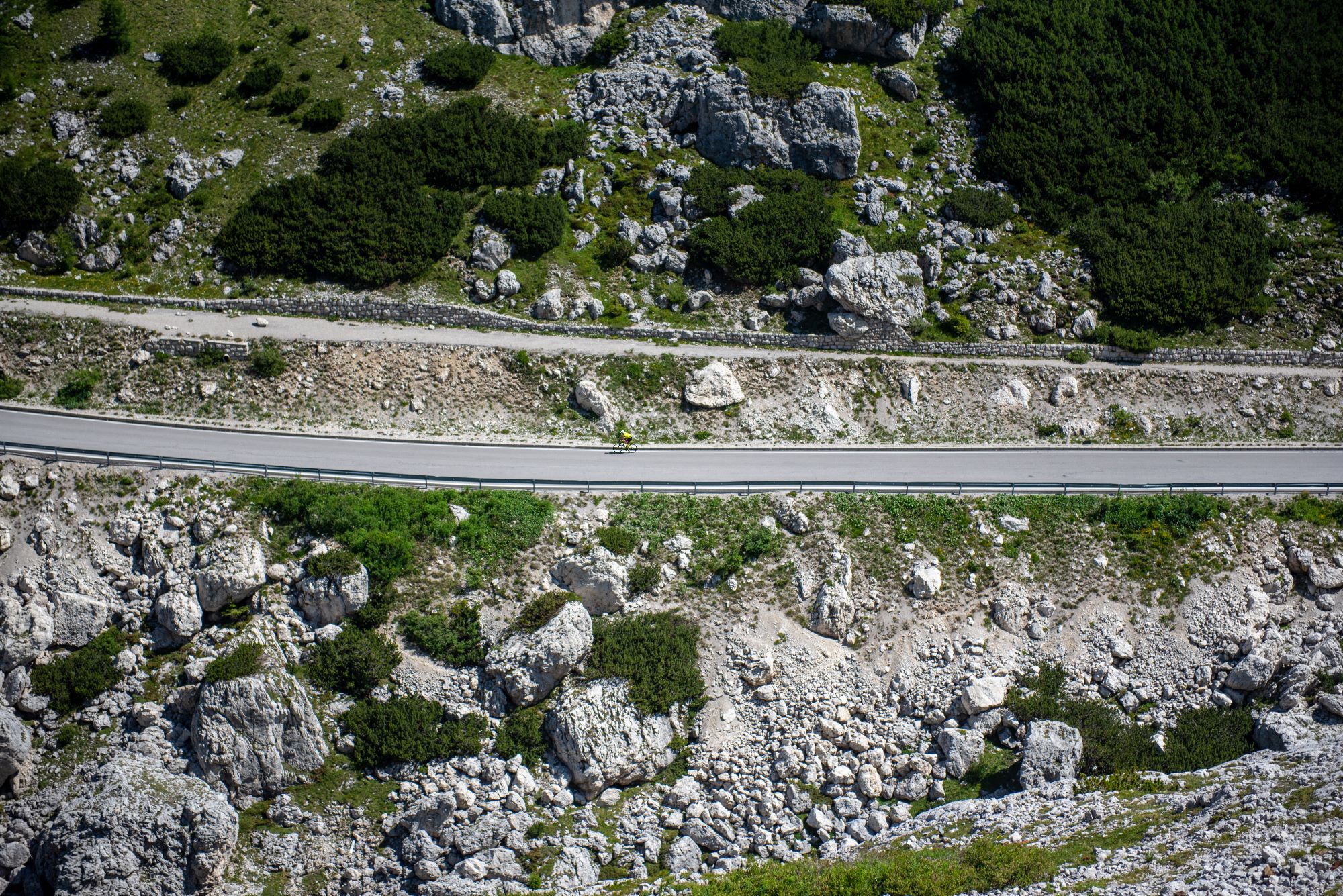 Tour of Badia and Pusteria

From the Cortina d’Ampezzo bus station, climb up through the village of Pocol and continue towards the Cinque Torri and Falzarego Pass (2,109 m). The pass is located between Lagazuoi and Col Gallina, in front of Sass de Stria, and offers a splendid view over the Marmolada, the highest mountain in the Dolomites. Falzarego, with its endless curves and steep climbs set against breathtaking scenery, is one of the historic passes in the Dolomites stages of the Giro d’Italia, made famous by the achievements of the strongest climbers of all time. It was here on Falzarego Pass that Fausto Coppi defeated Gino Bartali in a mountain climb for the first time, in the 1946 Giro.

Continue right towards Valparola Pass (2,192 m), at the top of which you will find the Rifugio Valparola mountain lodge as well as a small alpine lake. Given the significance of the pass during the First World War when the border between Italy and the Austro-Hungarian Empire passed through here, the Tre Sassi fort was built on its summit and today houses the museum of the Great War.

From here, descend towards San Cassiano, at the foot of the Lavarella and Conturines massifs, towards La Villa, a stretch which forms part of the Maratona dles Dolomites and offers a delightful immersion in the peace and quiet of the mountains. Continue until San Lorenzo, where you can admire the remains of the Roman city of San Lorenzo di “Sebatum”.

Continue towards Brunico and then Dobbiaco, passing through Val Pusteria with its sweet sun-kissed pastures and forests.

From Dobbiaco, take the SS 51 which, having passed Lake Landro with its panoramic viewpoint over the Tre Cime di Lavaredo peaks, will lead to Cimabanche Pass (1,529 m) where you can enjoy the magnificent views over Croda Rossa d’Ampezzo to your right. From here, a pleasant panoramic descent of approximately 15 kilometres will bring you back to Cortina d’Ampezzo.

Halfway down, head towards San Vigilio, Furcia pass and Valdaora. The variant will make the route harder but with more panoramic views.